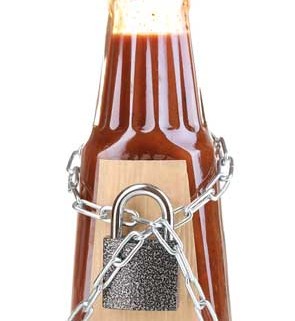 What’s the single most important factor driving the success of a Start Up you may ask? A brilliant idea? Lots of investment capital? Nope. It’s simply great hiring.

You can have the best idea, loads of Angel Funding and the hippest co-lab space in the universe to call your office, but it won’t be worth a penny without a team of smart, dedicated people who can work together effectively.

I know it and I’ve experienced it first hand in two companies. I am convinced that success comes from people – not ideas and money! And teams, like chains, are only as strong as their weakest link.

I think I’m not any different to most managers who want to spend the most time with their best and brightest and most promising employees. But the reality is that most of us actually spend the most time with our low performers. This paradox doesn’t just apply to managers. The best engineers spend too much time debugging the code of lazy developers who (again!) didn’t fully test before rolling into production. The best support people spend too much time covering for their disorganised colleagues who (again!) didn’t follow up on their support work. You get the drift?

The wrong people always drain the right people, because the right people care and feel responsible to fix things when everyone isn’t pulling their weight.  ‘Interventions’ (that’s a polite way of saying “firings”) are sometimes necessary to remove the wrong people. In my experience, in hiring, like in health, prevention is better than the cure. So, how do you create a strong Start Up team through hiring?

It is wiser to say ‘no’ to the right person, than ‘yes’ to the wrong one

I once asked a co-worker (a math genius) to help me explain what I am trying to say here and he gave me this brilliant analogy. In statistics there are two types of general errors: Type I and Type II (got to love a statistician’s sense of brevity!). A Type I error is a false positive. Type II error is a false negative. Both errors are bad, but when you are hiring, you want to avoid Type I errors at all cost. They are culture killers. Got it?

In recruiting or hiring, a false positive is when you THINK an employee is a good fit, but in actuality they’re not. The rest of this post has some tips for recognising false positives before they happen.  However, hiring the wrong person is so detrimental to a team’s success that you need to re-arrange the deck against it ever happening. I suck at math, but I learned to hire good people with simple math.

Here’s how it works.

You need to start with a good sized interview panel so you get as much perspective as possible. Around 5  people would be perfect to interview a candidate (if your team is smaller than 5, get at least 4 people together who share your business idea and your vision.  At the conclusion of the interview, everyone should get together to discuss the candidate: the positives and negatives. Once the discussion is over, everyone votes in a secret ballot (this makes it easier for junior employees to vote their conscience without fear about what their boss wants).  A positive scores means that an offer can be extended. Negative score? Sorry. Not joining the team.

The key with this scoring system is that it focuses on the NOs.

A single Hard No (aka ‘aw hell no’) can overturn four soft Yes’s. That gives each member of the team enormous power to protect itself from the virus of a bad hire.  This system means that you will eventually say ‘No’ to some good people. But that is a small price to pay for never saying ‘Yes’ to a bad one.

Once you’ve set up the hiring structure to keep out the riffraff, you need to put together a rock star team of people who can assess different aspects of the person you’re hiring – technical ability, culture fit, personality, background. People aren’t one-dimensional, so your hiring team shouldn’t be either. (If there are just two of you, see if you can hire some professional assistance from experienced advisors who understand the Start Up space such as the guys from BlueChilli,  Pollenizer or Icehouse if you are in New Zealand.

If you’re hiring for a technical role, make sure to include at least one non-technical person in the interview panel (could be a business or finance person, a copy-writer, an office manager) because even if you are building software, most times your customer won’t be technical and it’s important that everyone at the company can communicate with customers. Oh , and before I forget , if you’re hiring for a non-technical role but work at a tech company, make sure to have at least one techie interview the candidate since at some point, the new employee will have to interact with the very special people who write software (I love you all!)…and that can take special skills.

I was recently the non-technical interviewer in a panel for a Back End Hack position. We were looking for a resourceful Hack who could work his/her way through challenges and also get involved in online code sharing discussions about technical topics in forums like Github.  The candidate passed the technical interview questions with flying colours and we were getting psyched about finding the right fit. Then I asked a question that no one else had asked…

Me- “Tell me about the last time you got involved in a debate on Github or StackOverflow.”

Candidate- “Hmm, I don’t really talk to people online. I don’t see the value in talking to people I don’t know.”

She didn’t get the job.

Know what you want, but focus more on what you really need

Does the headline sound familiar? Yes, it is an ingredient for my secret sauce which I discovered in a great book, which I definitely recommend. In Good to Great, business scholar Jim Collins observed that one of the distinguishing characteristics of great leaders is that they hire “who” before “what”. I heard the hop on the bus analogy from an Executive I admired when I worked at Optus years ago. In the analogy, he compared a business to a bus, and its leader to a bus driver.

I learned and applied the most important rule whenever I was tasked to hire someone:

#1 rule and most important thing when driving a bus, is who’s on it, not where it’s going. Said in a less awkward way, when you hire the right people, they’ll do the right things, so focus on hiring the right people and the rest will take care of itself.

So remember this when hiring: the person you are interviewing may not be absolutely perfect for the role, but perfect for your company. I strongly suggest that when you find that awesome person, hire them. Don’t wait, just hire them. If they are really that good, they’ll tell you what they should work on, and you can just get out of the way.

First, an apology to all the recruiting friends who may read this blog post and swear on psychological or psychometric testing. They are useful but they are not suitable for the Start Up space. In fact they are rubbish. If you have ever been in a 2nd or 3rd interview for an important job, you have heard them before … the “creative” interview questions. “If you were an animal, which one would you be?” “What does your favourite colour smell like?”

The problem is that the only thing these questions assess is how a candidate abides stupid interview questions. So unless that’s the job you’re hiring for, it’s best to ask real life questions. Why?

You want to find out what a person is really like, not what they think they are really like. Furthermore, past actions are the best indicator for future actions. If a candidate reveals that the last time they were under time pressure, they cracked, or they toughed it out and succeeded, they’ll likely do the same in the future.

Here’s a really simple-to-use interview guide – based on the acronym S.A.R.A – that you can use to make sure you dig out a candidate’s true work experience.

The background. It’s important to not just uncover the details of what happened, but the context. If the person was the junior employee on a team during the situation that they are describing, that’s an important detail. Maybe their response wasn’t ideal, but hey, it was early in their career. On the other hand, if they describe a time where they were the senior member of the team, making a decision that you would never support, the same details can look a lot different.

What did they do? Specifically. I mean, really specifically. If they describe a time that they “sent an email to get more information”, what did they ask?  Who did they send the email to? Why did they use email and not the phone or a personal conversation? Did they ask clarifying questions after receiving the initial response? Why or why not?

The action section is by far the most important section of the interview because usually how people behave is consistent across time. Do some Fossicking. If you go far enough down, you’ll find gold.

So what happened? Every action leads to a reaction, good or bad. Here, you get to understand how the candidate’s actions influenced that outcome. Just remember the context before you judge positively or negatively. Was the result a gazillion dollars for the business or, did his or her actions directly contribute to that, or was the candidate just a lucky observer?

And if you had to do it all over again? This is the point where you ask about what the candidate learned from the experience. Maybe the question you asked was a really tough one like, “Tell me about a time where you failed to launch a feature on time.” If they’re honest, they’ll have described a situation that probably wasn’t their most shining moment. But that’s not what matters, what matters, is their chance to be self-reflective, and say how they’d handle it next time.

There are a lot of things you can’t control but hiring isn’t one of them. Keep your cards stacked against hiring mediocre employees.

Conduct smarter interviews with an eye towards hiring the “right fit” people. The success you receive is a direct result of the team you build, so build a great team.  The rest will come in time. Just remember to hunt wisely! 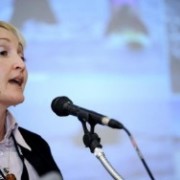 Client of the Month Bastien Wallace 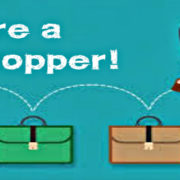 Employers - JobSeekers - Recruiters, can we get organised please ?!... 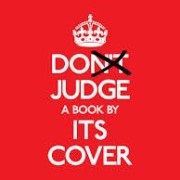 Is Your Application a Relic or Still Relevant? 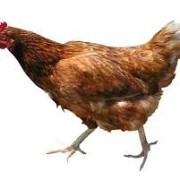 13 signs that You Are A Business Coward 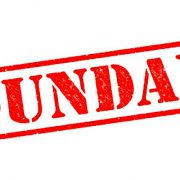 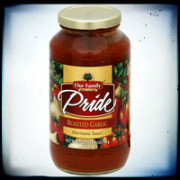 I’ll have some PRIDE with that! 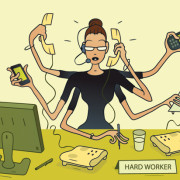 Are you made to work for a Not-for-Profit?

There Is No Risk To Hire a Job Hopper !

The 14 Most Common LinkedIn Pet Hates Scroll to top