I think it’s time for employers and recruiters in Australia and elsewhere to talk about job hopper (s). I believe employers need to adjust or correct their view on the fast paced and ever changing world of job seeking. Don’t worry! I’m not talking about teaching an old dog new tricks. I am talking about the ‘job hopper’ stigma.

You see, you might think that you have encountered a ‘job hopper’ if a Gen X or especially Gen Y or Millennial candidate presents a CV with 10 jobs.   There is a big difference between a strategic job changer and a hopper who moves every 6 or 8 months from job to job.

I think that it’s time for many of the hiring and recruiting professionals to change their goggles. Seriously! Could it be that you need some perception correction on your view of what has happened to the job world? Could it be that your view is holding you back from hiring valuable, experienced, ready-to-go candidates?

The arguments made in favour of the stigma are that: (a) businesses put a lot of effort into training people, and (b) very few employees earn back their salary for the business in the first year.  I think most of us know – from the daily news, blog posts, Twitter feeds, etc. – that what nearly all employees experience in ‘real life’, I mean the stuff that happens once you get on the job, is that both of these arguments are nonsense.

Regarding the first point, about the huge amount of effort put into training new hires, it’s not true. It may have been the case up to the 90s, but not anymore. You see, the reality is, they don’t.  Sink or swim is ‘the new normal’. Get with it or get out. That’s where the mindset of the employer is right from the start. (Occasional exceptions excluded!)

Regarding the second point, this is true in some cases and not in others, but I would generally blame this (at least in the technology sector) on the employer. If someone who is basically competent and diligent spends 6-12 months at a company and doesn’t contribute something of value (perhaps a time-saving script, a new system, or a design insight) that is worth that person’s total employment costs (salary plus overhead) then there is more than likely something wrong with the corporate environment.

The collective corporate perspective of ‘job hoppers’ is that they’re a waste of money because they cost more than they are worth in the early years. However, that’s not true.  We don’t need to go far to get lots of examples of new employees or managers changing the course of ailing products, technologies, service ideas or brands.

A typical example can be found in the field of programming.  Plenty of companies can pay young programmers decent market salaries and turn a profit. In fact, companies doing low-end work (which may still be profitable) often fire older programmers to replace them with young ones. What this means is that the fiction of new hires being worth less than a market salary (for a period of time) holds no water. Actually, employing decent programmers (young or old, novice or expert) at market compensation is a position of profit.

The ‘real reasons’ why companies shy away from job hoppers

The second problem that companies have with ‘job hoppers’ is that they keep the market fluid and, additionally, transmit information. ‘Job hoppers’ are the ones who tell their friends at the old company that a new Start Up is paying 30% better salaries, runs open allocation and they may also provide unrestricted access to social media and collaborative tools such as trello or slack. They not only grab external promotions for themselves when they ‘hop’, but they learn and disseminate industry information that transfers power to engineers, creative staff, designers and the sales guys.

Finally, job hopping is often a slight to a manager’s ego. Bosses like to dump on their own terms. After a few experiences with the “It’s not you, it’s me” talk, after which the reports often go to better jobs than their former boss’s, managers develop a general distaste for these ‘job hoppers’.

These are the real reasons why there is so much dislike for people who change jobs regularly.

There is no risk in hiring a ‘job hopper’!

For all the negative things said about job hoppers, I have met very few in our business who intentionally wish to ‘hop’. Most people will stay with a job for 5 years or more, if they continue to grow, learn and get adequately rewarded. The reason they move around so much is that they rarely do.

So is it worth it to hire ‘job hoppers’, given the flight risk associated with top talent? I would say, without hesitation, yes. Their average tenures may be rather short, but they tend to be the high-power contributors who get a lot done in a short period of time. Job hopping shouldn’t be stigmatised because it’s the corporate system that’s broken. Most corporate citizens spend most of their time on low-yield make-work that isn’t important, but nevertheless exists because of managerial problems or undefined purpose.

The smart people who figure out quickly that they’re wasting their time tend to want to move on to something better. However, closed-allocation companies make this extremely difficult and they also tend to have politically rickety promotion systems. Without the ‘job hopping’ stigma, they’d be able to quit and leave when this happens, but that reputation risk encourages them, instead, to withdraw and stay. I have seen this many times and for companies, this is much worse.

Now that we have dispelled the myth that people who spend, say, 1.5 years on average in their jobs are ‘job hoppers’, I think it’s time we find a new term to describe these high performing individuals who desire challenges and genuine growth opportunities.

So, feel free to comment if you agree with my raves and rants and, if you are one of these hiring professionals, well – you have the choice! Pick a ‘job hopper’ and turn him or her into your best asset. Don’t worry, todays employees are used to quick decisions. Just try it and remember to hunt wisely! 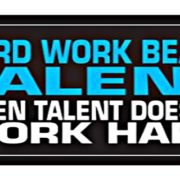 Why Courage Always Wins the Job Search over Talent

How to Escape Stereotyping in your Job Search 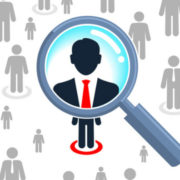 Social Media Profiling & Job Hunting - Get with It – Or Get Out 10 Real Reasons Why Hiring Professionals & Recruiters Don't Call You Back 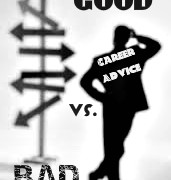 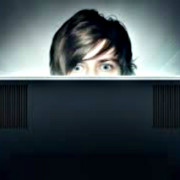 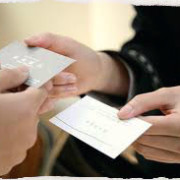 Job and Career Networking in Australia and New Zealand 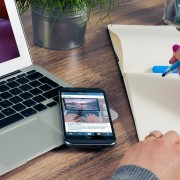 Time is Your Most Valuable Asset: Don't waste it!

Why Courage Always Wins the Job Search over Talent